The establishment of a PT
A limited liability company (PT) is a legal entity owned by at least two persons with responsibilities only applying to the company, not involving the individuals personal assets. In a PT the financial investor does not have to lead the company and can appoint management to others outside the financial owner.
Requirements to establish a limited liability company (PT) are:
1. Photocopy of KTP, NPWP & KK shareholders and management (must be  2 people).
2. Photocopy of Office Rental Contract or proof of ownership of the business area (Holding a Building Permit for offices/shops).
3. Domicile Certificate from the building manager.
4. Company Name and address. The name of the company must contain 3 words; ie: JASA EKA LEGAL.
5. Composition of shareholders (founders are required to take part in shares).
The certificate of establishment must be registered and approved by the Minister of Law and Human Rights and announced at BNRI.
To set up the PT, one needs to store 25% of the initial investment into an Indonesian bank account. There are 3 categories of PT depending on the size of the initial investment capital;
PT SMALL, Capital Rp 50.000.000, –
PT MEDIUM, Capital Rp 500,000,000, –
PT LARGE, Capital Rp 10,000,000,000, –

A Foreign Investment Limited Liability Company (PT PMA) is a limited liability company established under Indonesian law in which there is any amount of foreign capital invested. Regardless of how small the foreign capital in the PT is, it still makes it a PT PMA.
As PT Local, PT PMA requirements are:
1. Photocopy passport, KTP, NPWP & KK shareholders and management (must be at least 2 people).
2. Photocopy of Office Rental Contract or proof of ownership of the business area (Holding a Building Permit for offices/ shops).
3. Domicile Certificate from building manager.
4. Company Name and address. The name must contain 3 words; ie:  JASA EKA LEGAL.
5. The Capital set up minimum IDR 10.000.000.000,-  per one business scope.
6. The paid-up Capital 100% which is IDR 10.000.000.000, – (setor modal).
7. The scope of the business can be more than 1 or 2 scopes. 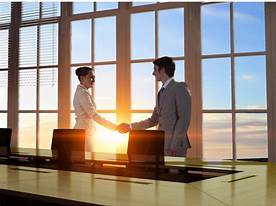 The difference between a PT and a CV is as follows; a PT is a business entity in the form of a legal entity whose status is regulated by Law #40 of 2007 on Limited Liability Companies, while a CV is not a business incorporated because there is no regulation that regulates it. As the name implies, CV is a Dutch Colonial heritage business entity. Its establishment is easier than a PT, making the CV to be much chosen as a business entity for a UMKM business.

According to the Law #40 of 2007, the founding capital of a PT is IDR 50million unless otherwise determined by the laws or regulations implementing such business activities in Indonesia. As for a CV, there is no capital limit in its establishment. In practice, however, the amount of capital deposited in the CV will effect the distribution of shares in the future.

With the establishment of a business in the form of a PT, it is required there are at least 2 people involved, Indonesian or foreigners, each of which is a shareholder. A CV also requires a minimum of 2 people as founders. However, the provision of a CV prohibits foreigners from co-founding the company. 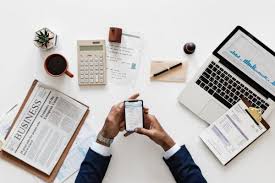 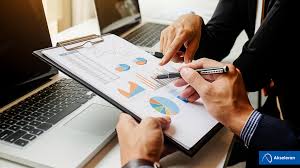 An Usaha Dagang (UD) is a business entity owned by only one owner, whose shares are owned by said owner. There is no separation between the owner’s and the business’s assets. If the business files for bankruptcy then, the owner also must file for the bankruptcy. Because the shares and costs of all forms are owned by individuals, no one has the right to regulate the owner of UD. Therefore, the form of laws and regulations that apply depends on the owner of the UD. So what is the difference between a UD referred to in this paper and a personal business? A UD does not have to be a legal identity.